Another 10 days of prep at the cabin for the move. Hauled in 8 Trojan L16P batteries, dang their heavy. 115 lbs. each and I being Mr. Macho figured I could get all 8 batteries, groceries and clothes in one trip. Ha, that was a mistake. It’d been raining all week and the trail was muddy big time. I made it about a miles, 1/3 of the way, and got stuck up to the axels, unloaded the tow behind, winch out and reload. Well I actually left 4 of the batteries on the side of the trail figuring I wouldn’t make it with all 8, heck I only made it another ¾ mile with 4, and again unloaded the tow behind, winched out and then said the heck with it.

I left the tow behind buried in a mud hole and hauled the batteries 2 at a time and other gear on the ATV, so it took a few trips. But I did get the batteries, groceries and some gear in by 7:00 PM that night as was a tired boy. I still had a load to haul from the truck, cabinets, 15 gal water, and some misc items I figured could wait.

So I built a platform for the batteries and a bunch of shelves in what will be the freezer/pantry room. Came out pretty good and was originally planning on these only being temporary, but maybe not 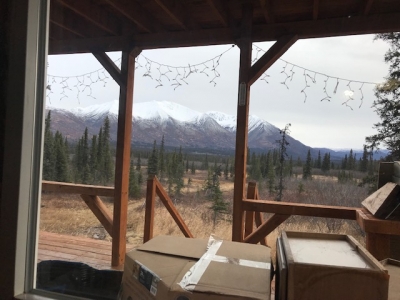 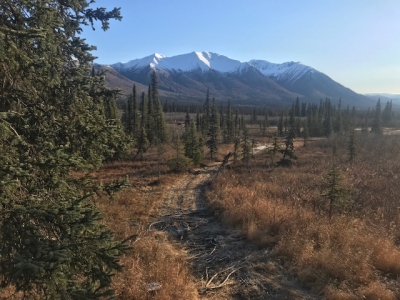 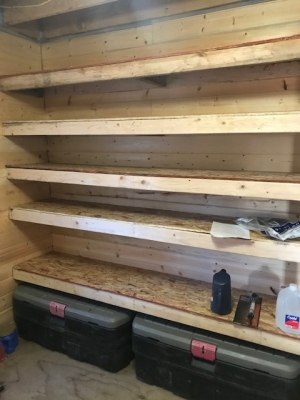 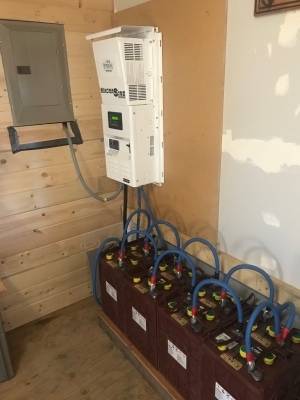 Oh, and wouldn’t you know it, on day 4 it froze and the trail was hard pack all the way to the truck, so the cabinets and rugs came in and got placed. Sure wish it would of done that the first day.

Modified, just remembered some pictures from June when I started the well. 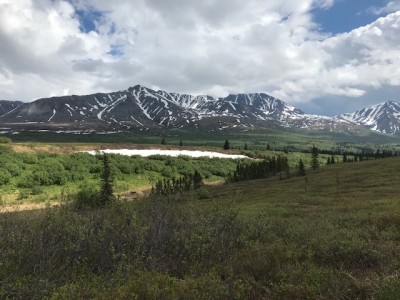 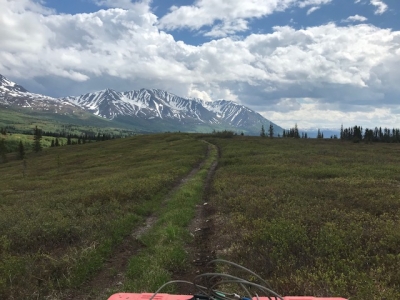 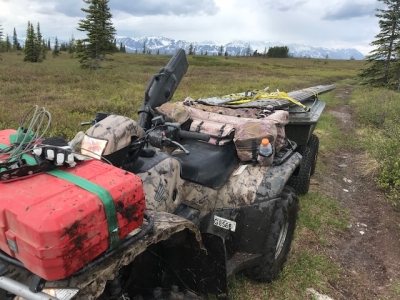 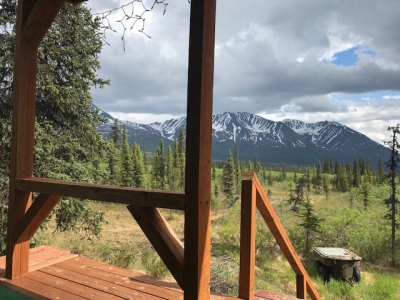 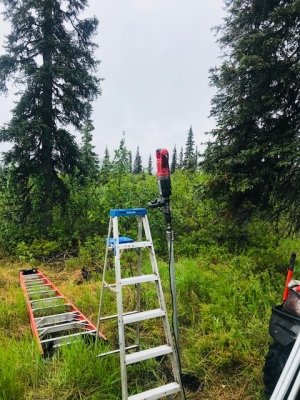